The Art of Acting Shakespeare 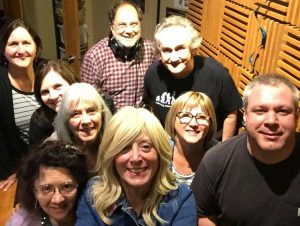 “Be not too tame neither, but let your own discretion be your tutor: suit the action to the word, the word to the action; with this special o’erstep not
the modesty of nature: for any thing so overdone is
from the purpose of playing, whose end, both at the
first and now, was and is, to hold, as ’twere, the
mirror up to nature; to show virtue her own feature, scorn her own image, and the very age and body of the time his form and pressure.” – Hamlet’s advice to the players

Shakespeare is “Miracle Grow” for actors.  The richness of the language, character and stories bring your work to another level.  Saying those amazing words, and doing those utterly human actions can make you high.

But here’s the rub: Tis better to love Shakespeare, and not revere Shakespeare. There’s a tendency to “act” “Shakespearean” where one puts on an affected English accent and over gesticulates dramatically. Ugh. This old fashioned and fake depiction turns us off.  Shakespeare warns us about this very thing in his advice to the players (quote above).

If we enter the world that Shakespeare creates and let ourselves investigate the complex characters and actions as earnest “Behavior Detectives,” we may find that the journey is enormously compelling and invites us to make the language our own.  And oh, that language!! With its rhythm, syntax, sound repetitions, metaphors and symbolism, the words you speak in Shakespeare’s poetry and prose elevates you. It also offers profound and amazing clues – revealing fascinating details about your character and the scene as you search. Acting Shakespeare is a celebration of curiosity.

The basic tenet that creates engaging acting is necessary in Acting Shakespeare: Embody your character and inhabit their world.  Let moment to moment discovery be your compass.  Rather than reciting some artificial idea of what you think the scene/monologue is “supposed” to be, Shakespeare bids you to be fully present so that you may find your most organic responses. The reward is that your performance will be authentic and truly dynamic.

We had such fun working on these monologues! It was so gratifying for me to see the glint in the actors’ eyes and hear the giggles of glee as they explored the texts.  Every week we came in with a ton of questions and improvised scenes to fill out the back story of the characters: How did Macbeth and Lady Macbeth meet? What was Lear’s relationship to his daughters when they were little girls?  Did Kent have a loss in his early life that shaped him into a loyal and steadfast man?  What was the relationship between Portia and her mother?  The investigations were intriguing and often surprising.  I believe this research gave the actors history, so that the characters became real believable people.

And one other thing:  The themes we encountered in Shakespeare’s plays of 400 years ago were eerily just as relevant today: The importance of truth vs “alternative facts,” the deadly drug of ambition, and the dangers of a narcissistic and insecure person’s pursuit of power, were among the themes that surfaced in our exploration of Shakespeare’s plays.

So, with no further ado, let’s draw back the curtain and present the Art of Acting Shakespeare monologues!

This entry was posted in Uncategorized. Bookmark the permalink.